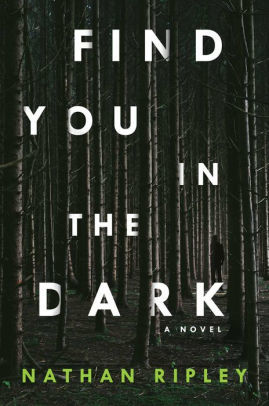 My first thought upon finishing this debut Thriller by Nathan Ripley was, “Thank goodness that’s over!” For anyone sure I was able to drop nothing but 5-star reviews on every other book this year, here is proof of the contrary. I do loathe giving low-star ratings to books, especially those I was incredibly excited to read, but such is the life of a book blogger. If I had not requested and received this book through Netgalley, I would have called it quits on this title around 40%. In an effort to always provide an honest review of an entire book, I decided to push through. And, I really tried to like Find You in the Dark because the premise was quite intriguing, but as the story crept forward, I was seriously bored. I found myself struggling to stay awake while I skimmed the last 40% to get the full picture of the story. Unfortunately, this is one with a blurb more exciting than the story within the pages.

Martin is a man obsessed with murder. He illegally buys old police files with the goal of providing closure to families with missing relatives, much like his own wife’s family. Martin’s sister-in-law, whom he had never met, was kidnapped and possibly murdered in the early 1990s. Martin’s wife has been tortured with years of wondering what happened to her sister and the paranoia something similar might happen to her daughter. Martin uses the information he collects to dig up the graves of murdered women around the Seattle area, thinking he is able to provide a greater service to the community than the police. On one of Martin’s regular digs, he stumbles upon a grave with multiple bodies, including that of a newly missing woman in the area. He suddenly realizes he may have made an enemy of an undiscovered killer through his philanthropic work.

Readers are able to experience the events happening from Martin’s perspective in real-time, then we are given Detective Sandra Whittal’s point-of-view as she investigates the developments. This means readers are given an accurate description of what happened with Martin’s POV, then we read Sandra’s theories, which at times closely matched with what actually happened. Having to read through the events twice, while the police mulled things over was incredibly redundant and boring. Besides this flaw in the storytelling, there was nothing inherently wrong with the writing. The plot was simply dull and slow-moving. A big part of me is left wondering how this book made it through the cracks and is being published by a large publishing house. There are a ridiculous number of better stories out there, published by little-known Indie authors.

Unfortunately, I can’t give this book any more than two stars and would not recommend Find You in the Dark to anyone. I wish the story was able to live up to its great blurb, but instead ended up being slow, predictable, and purely work to read.