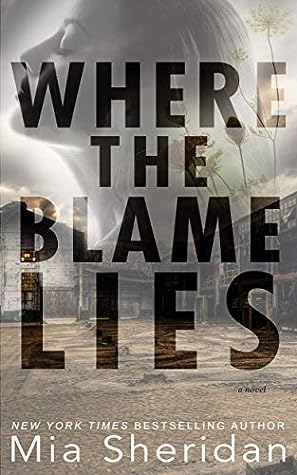 Wow!!! I LOVED THIS BOOK….not that I had even the smallest doubt otherwise.

At nineteen-years-old, college student Josie Stratton was kidnapped by a madman and held shackled for ten months in an abandoned warehouse before she finally escaped her hellish prison.

Eight years later, when the body of a young woman is found chained in the basement of a vacant house, Cincinnati Police Detective Zach Copeland is instantly reminded of the crime committed against Josie Stratton. Zach was just a rookie on the perimeter of that case, but he’s never forgotten the traumatized woman with the haunted eyes.

As more information emerges, the crimes take on an even more sinister similarity. But Josie’s attacker died by suicide. Does the city have a copycat on its hands? A killer who picked up where the original perpetrator left off? Or are they facing something far more insidious?

Josie has spent the last eight years attempting to get her life back on track, but now there’s a very real chance she could be the unknown suspect’s next target. As Zach vows to keep her safe, and Josie finds herself responding to him in a way she hasn’t responded to any man in almost a decade, the investigation takes on an even more complex edge of danger.

As past and present collide, Josie and Zach are thrust toward a shocking and chilling truth. A revelation that threatens not only Josie’s life, but everything she’s been fighting so desperately to reclaim.

Sweet, dear Mia Sheridan, DIY Queen, just chilled me to the bone. Holy cow! Where the Blame Lies was different from anything I’ve read of Mia’s before, but this is one of my favorite things about her as an author – she’s versatile!

As soon as I made time for this book, I was hooked. I couldn’t find any desire to put it down and was constantly looking for little snippets of time to read this story. Josie’s trauma was heavy and hard to bear, but it felt wholly realistic. I was inspired by her determination and will to live. She was far from perfect, but she inspires readers with her fierce humanity and ability to love.

I love a good Romantic Suspense and this was one of the best I’ve ever read. As soon as I thought I had the story pegged, it shifted and left me guessing again. I was certain I had this one figured out in the first few pages and was surprised to see I was completely wrong. The best thing about this book was just how clearly it was written. Each character jumped off that pages and allowed me to see them and their actions clearly, as if they were actually moving before my eyes. This book had a Silence of the Lambs feel for me, which allowed me to picture it much like the movie itself. In fact, this would be an excellent movie, albeit incredibly difficult to watch, if every scene were included.

As always, after I read a Mia Sheridan book, I always want to gobble up everything I’ve yet to read by her as fast as possible. She’s a dynamic writer and consistently inspires the deepest of feelings to surface as I read her stories. Luckily, there’s another book in this series coming very soon, so keep your eyes peeled!