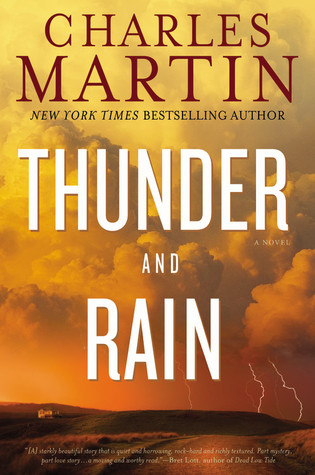 Third generation Texas Ranger Tyler Steele is the last of a dying breed– a modern day cowboy hero living in a world that doesn’t quite understand his powerful sense of right and wrong and instinct to defend those who can’t defend themselves. Despite his strong moral compass, Ty has trouble seeing his greatest weakness. His hard outer shell, the one essential to his work, made him incapable of forging the emotional connection his wife Andie so desperately needed.

Now retired, rasing their son Brodie on his own, and at risk of losing his ranch, Ty does not know how to rebuild from the rubble of his life. The answer comes in the form of Samantha and her daughter Hope, on the run from a seemingly inescapable situation. They are in danger, desperate, and alone. Though they are strangers, Ty knows he can help– protecting the innocent is what he does best. As his relationship with Sam and Hope unfolds, Ty realizes he must confront his true weaknesses if he wants to become the man he needs to be.

Charles Martin’s books were recommended by my friend, @sincerely_reading. She made such a convincing case for his work, I immediately decided to pick this one up at my library and dive in. I immediately was drawn into this fast-paced story and couldn’t put it down until I saw every issue resolved.

This was one of the most refreshing reads because it wasn’t chock full of unlikeable characters with bad morals as we oftentimes in modern books. I liked that I was able to find a book that felt clean but still dealt with real, tough issues we see in the world. I’m not a big fan of Christian fiction because I find it too fluffy and perfect. Though I see several people classifying Thunder and Rain as a Christian book, I think it teeters the line between faith-based fiction and secular fiction. There are mentions of God, but it the characters felt like real-life people who made mistakes and the story even had one of the vilest bad guys imaginable.

“This is a battlefield. Has been since Cain killed Abel. And don’t let it get complicated. Gray it ain’t. It’s black and white. Good versus evil. You might as well choose sides right now.”

In some ways, this novel reminded me of a Nicholas Sparks book, with a bit of a grittier edge. I think this story appeals to women, though we follow along with a male main character. There’s a love story, suspense, and excitement throughout the book, which I adored! Tyler Steele was such a likeable character – I couldn’t help picturing Chuck Norris as Walker Texas Ranger from my childhood days as I was reading. ha! I appreciated his desire to always do the right thing, even if sometimes it would have been easier to let someone else deal with a hard situation. I would love to see more books about him, in fact!

Charles Martin has won me over as a reader and I’m anxious to check out more of his books in the future!