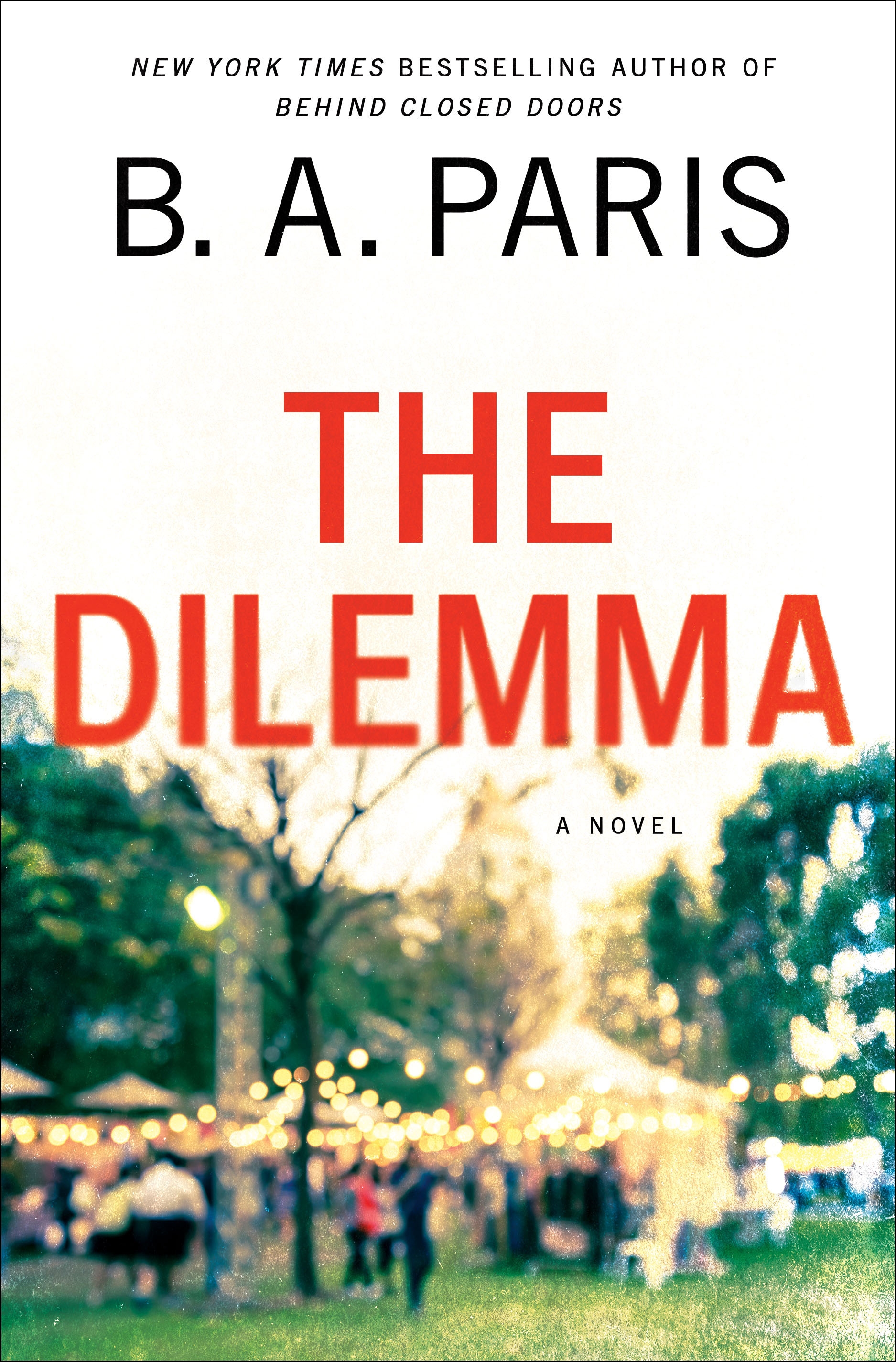 Many thanks to St. Martin’s Press and Netgalley for the chance to read this book early.

It’s Livia’s fortieth birthday and tonight she’s having a party, a party she’s been planning for a long time. The only person missing will be her daughter, Marnie.

But Livia has a secret, a secret she’s been keeping from Adam, her husband, until the party is over. Because how can she tell him that although she loves Marnie, she’s glad their daughter won’t be there to celebrate with her?

Adam is determined everything will be just right for Livia and the party is going to be perfect… until he learns something that will leave him facing an unbearable decision.

I finished reading The Dilemma nearly a month ago, but I desperately needed a break from pushing myself to read and blog constantly. So here I am, finally sharing my thoughts on what was probably the best two-star book I’ve ever read, if that’s a possible classification. 😉

I’ve read all of B.A. Paris’s books from the beginning of her career. I’ve adored her suspenseful writing, though I think each subsequent book after Behind Closed Doors has been slightly less climactic than it’s prior release. Going into The Dilemma, I expected a suspenseful and thrilling story as per usual. Unfortunately, this story was short on suspense and completely lacking in thrills. Instead, this novel should have been more aptly labeled as a domestic drama.

Since this novel was misgenred, I was constantly waiting for a twist or an exciting moment to jump off the pages. Instead, I had to settle for poor communication between the main characters, the same conversations repeated over and over, and unlikable and selfish main characters. Somehow, this story wasn’t overtly bad, however – I was interested enough to read to the end without feeling the need to DNF. I wanted to know the mystery surrounding Marnie because B.A. Paris is certainly a capable writer. Unfortunately, the ending of this novel made the book as a whole seem pointless. Everything the characters went through could have been summed up in a few sentences. The entire story was pretty cut and dry, with no twists or unexpected turns. I honestly believed this book was published for the sake of needing another book by the author and not because the story was worth reading.

I certainly hope for better in the future from B.A. Paris!