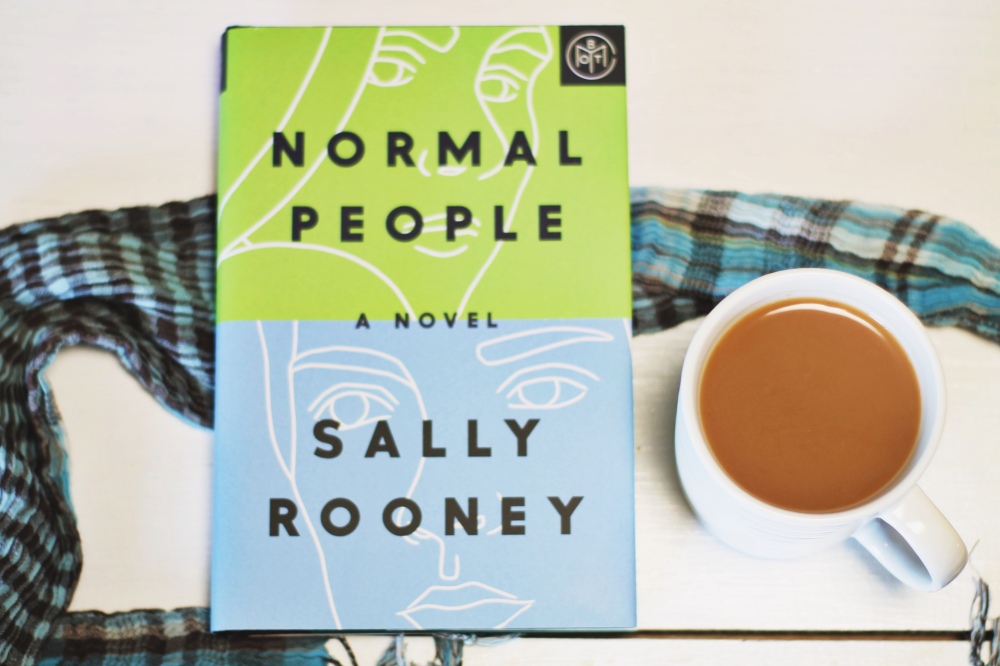 At school Connell and Marianne pretend not to know each other. He’s popular and well-adjusted, star of the school soccer team while she is lonely, proud, and intensely private. But when Connell comes to pick his mother up from her housekeeping job at Marianne’s house, a strange and indelible connection grows between the two teenagers – one they are determined to conceal.

A year later, they’re both studying at Trinity College in Dublin. Marianne has found her feet in a new social world while Connell hangs at the sidelines, shy and uncertain. Throughout their years in college, Marianne and Connell circle one another, straying toward other people and possibilities but always magnetically, irresistibly drawn back together. Then, as she veers into self-destruction and he begins to search for meaning elsewhere, each must confront how far they are willing to go to save the other.

Sally Rooney brings her brilliant psychological acuity and perfectly spare prose to a story that explores the subtleties of class, the electricity of first love, and the complex entanglements of family and friendship.

Ironically, this is the second book in a row I’ve read set in Ireland. It’s been a rather rare experience for me to read books set in the country, but I’ve thoroughly enjoyed the atmosphere of both stories. Ultimately, Normal People created a strange reading experience for me as a whole. I really liked aspects of this book and really loathed other parts. Overall, I think it was a bit too progressive and crude for me in certain areas, boring in others, and downright beautiful in particular stretches. I can’t seem to get a handle on the back and forth feelings this novel elicited.

“She believes Marianne lacks “warmth,” by which she means the ability to beg for love from people who hate her.”

I found the main characters’ insightful descriptions of themselves and each other to be my favorite and the most relatable parts of the book. I connected to both Connell and Marianne for different reasons and seemed to understand their personalities and peculiarities quite well, which I appreciated. I think Salley Rooney did a fabulous job of making some of the most realistic and modern characters I’ve ever read. Their relationships and conversations had the nuances of real moments in life – such as the uncertainty that comes with reading particular people and the difficulty of ascertaining if people are really saying what they mean or if they’re simply saying what they think others want to hear. A lot of this book could have been different if the characters were better communicators, which was a bit frustrating. However, real-life happens in much of a similar fashion.

“Not for the first time Marianne thinks cruelty does not only hurt the victim, but the perpetrator also, and maybe more deeply and more permanently. You learn nothing very profound about yourself simply by being bullied; but by bullying someone else you learn something you can never forget.”

I found the characters to have a very “Gen Z” feel. They possessed an incredible amount of anxiety and were constantly overthinking every decision. I think the majority of young people feel this way, because for whatever reason, either from family relationships or the disconnect with their peers, they feel unworthy and inconvenient. The characters were endlessly worried about taking up too much space and always seemed to be loved conditionally by everyone around them. When unconditional love came to them, with no strings attached, they had trouble accepting it, which was incredibly heartbreaking.

“Most people go through their whole lives, without ever really feeling that close with anyone.”

Even as I write this, I feel so conflicted about this book. I can see why some people would classify it as one of the best books they have ever read and I can see why people would rate it one star. I felt like giving up on it a few times, but I found myself coming back for the writing and character descriptions more than the story. The plotting of this book is quite lackluster, in my opinion. It’s the type of story where nothing really happens and it essentially feels pointless. And worst of all, the ending leaves readers wondering. Still, it was profound, complex, and haunting. Overall, a very weird book for me.