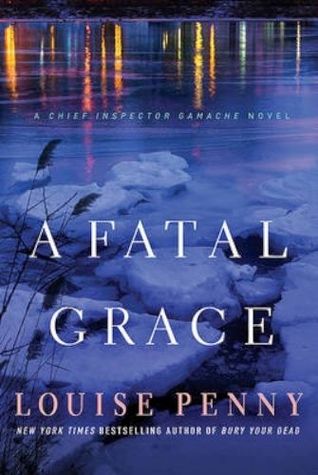 2020 is slowly becoming the year of me finding my love of reading books in a series again. After reading (or listening) to Still Life not long ago, and feeling a bit lukewarm about the story as a whole, everyone who has read and loved this series told me to keep going. They said, “It just keeps getting better.” I see what everyone means and I can pinpoint the exact reason this series gets better: the characters.

Welcome to winter in Three Pines, a picturesque village in Quebec, where the villagers are preparing for a traditional country Christmas, and someone is preparing for murder.

No one liked CC de Poitiers. Not her quiet husband, not her spineless lover, not her pathetic daughter—and certainly none of the residents of Three Pines. CC de Poitiers managed to alienate everyone, right up until the moment of her death.

When Chief Inspector Armand Gamache, of the Sûreté du Québec, is called to investigate, he quickly realizes he’s dealing with someone quite extraordinary. CC de Poitiers was electrocuted in the middle of a frozen lake, in front of the entire village, as she watched the annual curling tournament. And yet no one saw anything. Who could have been insane enough to try such a macabre method of murder—or brilliant enough to succeed?

With his trademark compassion and courage, Gamache digs beneath the idyllic surface of village life to find the dangerous secrets long buried there. For a Quebec winter is not only staggeringly beautiful but deadly, and the people of Three Pines know better than to reveal too much of themselves. But other dangers are becoming clear to Gamache. As a bitter wind blows into the village, something even more chilling is coming for Gamache himself.

I love character-driven novels. They’re my very favorites because of the growth the characters endure and the ability of these characters to make the reading experience personal. This is precisely why the Armand Gamache books are so great. The first book had a lot to take on, from creating a memorable setting to introducing a gamut of characters, while drawing readers in enough to keep reading more. A Fatal Grace built on the foundation of Still Life, allowing me to form even deeper relationships with the people living in the quaint village of Three Pines, and even those outside of it like Gamache.

The more I read, the more I fall in love. Not only with the characters and the setting, but with Louise Penny’s writing style. She is able to write with a wisdom and realness that sometimes leaves me feeling uncomfortable only because the truths are painfully relevant. She has created a world that feels human and raw, while being able to dig into not only the surface of the characters, but the emotions and psychology that makes them tick deep down. It’s astounding!

“So much more comforting to see bad in others; gives us all sorts of excuses for our own bad behavior. But good? No, only really remarkable people see the good in others.”

Like Still Life, I listened to A Fatal Grace on audio and found that the experience and narrator have grown on me as well. I even picked up the paperback from the library to follow along – mostly because I needed to see some of the French words and phrases spelled out. Following along made me realize how much life the narrator is able to put into the story, giving voices and nuances to the characters that might not have existed otherwise. I now think I will be hard-pressed to enjoy this series any other way than through audio.

This was an original new story in the much-loved setting, with much-loved characters. I appreciated the uniqueness and the depth of the mystery. I was truly surprised by the ending and didn’t know which direction things might go. I can’t wait for the next book, I only wish the wait wasn’t so long through Overdrive!