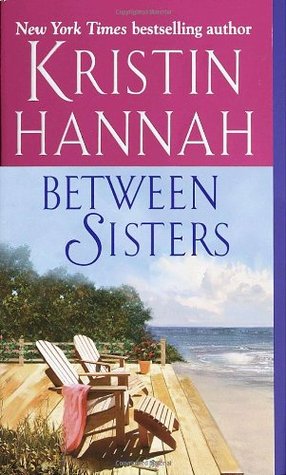 BLURB:
“We all make mistakes, but for Meghann Dontess the terrible choice she made some years ago cost her everything, including the love of her sister, Claire. Meghann is now a highly successful attorney, and has put all thoughts of love completely behind her – until she meets the one man who believes he can change her mind.

Claire has fallen in love for the first time in her life, and as her wedding day approaches she prepares to face her strong-willed older sister. Reunited after two decades, these two women who believe they have nothing in common will try to become what they never were: a family.

In recent years, Kristin Hannah has become one of my very favorite authors. I’ve decided to periodically catch up on her backlist books as the mood strikes, so I couldn’t pass up the opportunity to snag this audiobook when I saw it was on sale on Audible. I love Kristin Hannah’s ability to convey realistic events women face in life, all while creating moments to tug on her readers’ heartstrings.

Between Sisters was exactly the type of read I was expecting, without having read the blurb. I think this is definitely a precursor to Firefly Lane, as it had similar themes, but wasn’t quite as masterful in its storytelling. I wasn’t the biggest fan of the narrator of this story, either, which may have affected my opinion of the story overall.

I enjoyed both Claire and Meghann’s perspectives while learning about how their childhoods made them into the women they were. I always find Kristin Hannah’s ability in crafting believable women of all walks of life fascinating. They have very real character traits that make them seem like people I could know or want to be friends with. Nothing in this story felt exceptionally groundbreaking, as it was fairly predictable, but it was still a decent read I was glad to have listened to.