This will not be done in my traditional reviewing format. Tara’s book inspired deep feelings and reflection about my own life through the course of listening to her story through Overdrive. I was taken by surprise by this book. I was afraid it would be something I hated because I’m a homeschooling parent and live my life slightly different than the norm. I was concerned it would bash the practice of alternative educational means and religion and make me resent the time I wasted on the book. Instead, I found a connection inside I wasn’t prepared for.

Tara Westover was 17 the first time she set foot in a classroom. Born to survivalists in the mountains of Idaho, she prepared for the end of the world by stockpiling home-canned peaches and sleeping with her “head-for-the-hills bag”. In the summer she stewed herbs for her mother, a midwife and healer, and in the winter she salvaged in her father’s junkyard.

Her father forbade hospitals, so Tara never saw a doctor or nurse. Gashes and concussions, even burns from explosions, were all treated at home with herbalism. The family was so isolated from mainstream society that there was no one to ensure the children received an education and no one to intervene when one of Tara’s older brothers became violent.

Then, lacking any formal education, Tara began to educate herself. She taught herself enough mathematics and grammar to be admitted to Brigham Young University, where she studied history, learning for the first time about important world events like the Holocaust and the civil rights movement. Her quest for knowledge transformed her, taking her over oceans and across continents, to Harvard and to Cambridge. Only then would she wonder if she’d traveled too far, if there was still a way home.

Educated is an account of the struggle for self-invention. It is a tale of fierce family loyalty and of the grief that comes with severing the closest of ties. With the acute insight that distinguishes all great writers, Westover has crafted a universal coming-of-age story that gets to the heart of what an education is and what it offers: the perspective to see one’s life through new eyes and the will to change it.

Reflections on My Childhood, Inspired by Educated by Tara Westover:

The fun ice breaker question “What is your earliest memory?” always made a liar of me. My answer never differed, “I remember putting my shoes on before my parents’ wedding just before I turned two,” but this answer is a lie, even though it is truthfully an early memory. My real earliest memory is of my parents standing on either side of a car shouting about who would take me with them to wherever they were going to get away from each other. My dad was holding me and I remember screaming and kicking him, begging for him to let me go with my mom. I always felt a deep sense of shame at that memory for hurting my dad’s feelings.

Many of my childhood memories are colored by a deep sense of shame and embarrassment, forcing me to shut down and almost try to pretend my childhood didn’t exist. I believed if people knew the truth it would reveal something innately wrong about me as a person. But something I’ve learned in the course of listening to Educated and through years of creating my own healthy family, is that silence gives power to the people who hope we feel powerless. Tara didn’t share her story because she wanted recognition, she told it because it was the truth, HER truth and she needed to get it out to heal on some level.

Another early memory, also from around age two, is of my mother giving me a bath and bashing me in the head with the detachable shower sprayer. I vividly remember the bright red blood from my head flowing down the drain. Years later I told my mom I remembered this moment, which she vehemently denied, making me question if it really had happened at all.

What people who haven’t been abused will struggle to understand about Tara’s story is the love she still feels for her family members, even those who abused her. In fact, I’ve noticed this mentioned in many of the reviews of the book. People discuss her duality and the need to please her father, almost as if they’re blaming her. They struggle to accept she still had happy memories and believed she had a good childhood, despite the pain and trauma she often faced. Numerous people seem unable to understand that love and pain often coexist. She’s not denying her parents’ love of her, nor am I denying mine. The distinction lies in the type of love people give – while it may be genuine to the giver of love, it may not be healthy for the recipient. This was the precise reason I left home at eighteen and never returned. The sacrifices I had to make for my personal well-being were not worth the broken love I received. My chosen future and my parents’ need for control could not live in the same space. I needed to break free. I needed to discover who I was, not who I was told to be.

While our stories differ tremendously, I notice in nearly all abuse cases I’ve read, whether the abuse is physical, sexual, or emotional, the effects are almost always the same. The victims feel shame, self-doubt, and a sense of disillusionment. They are often not believed because their abusers might be charismatic, powerful, or other people’s perceptions of them may differ from the victim’s own. People are easily fooled by a mask. Just because someone does bad things, doesn’t mean they will look downright evil or act crazy in every situation. It doesn’t mean the abuse is constant. This is precisely why Tara’s story is vital. She tears down the barrier between love and hate and makes readers see the gray area that happens in human relationships. No person is entirely good and no one is entirely bad. The reason so many victims struggle to escape their situations is precisely due to love coexisting with pain. It’s easier to focus on the good when the world is going up in flames around you. For years, I questioned whether I had really been abused or if I was making it up. Sometimes that thought still niggles in the back of my mind.

As Tara said, “My life was narrated for me by others. Their voices were forceful, emphatic, absolute. It had never occurred to me that my voice might be as strong as theirs,”

“We are all of us more complicated than the roles we are assigned in the stories other people tell.”

The importance of this book goes far beyond the value of an education. Ultimately, we’re all responsible for ourselves, we cannot blame others for how our lives have turned out. Tara could have easily used her circumstances as a crutch, but she was determined to be accountable to only herself and her own values. I appreciate her character and the strength she showed in sharing her story, despite the criticism she obviously knew she would face. I believe it will be and has already been hugely instrumental in encouraging others around the world and helping break down barriers for victims of abuse. I’m late to the game with this one, but I’m so grateful I took the time to listen to the story, regardless of my preconceived ideas. 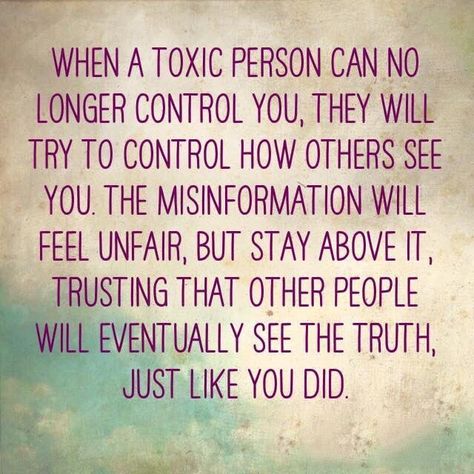