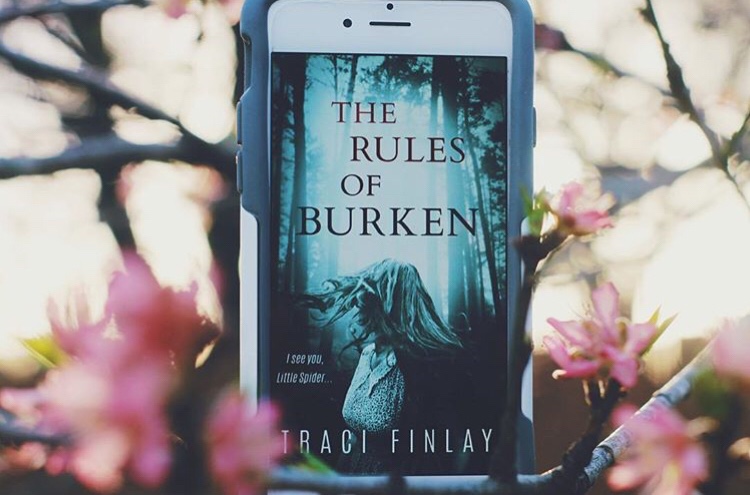 Debut author, Traci Finlay, took me on a crazy and nostalgic ride with her release, The Rules of Burken. Strangely enough, this book is set 10 miles from where I grew up for the first few years of my life. Cadillac, Michigan was a place my family visited nearly every weekend, my brother was born there, and some of my family members still reside there today. I was impressed by Traci’s accurate descriptions of the city and the historical research she incorporated into the story. Reading this book brought back all of the feelings of living there. It was interesting to see the places the characters would venture to, all places I’m quite familiar with from my childhood, including the small town of Lake City (population under 1000). This is where my grandparents lived throughout my childhood, and like the main character Charlotte, I’ve floated around Lake Missaukee a time or two myself. This gave me a weird sense of deja vu, making the story feel all the more real to me.

Besides loving the setting, I thoroughly enjoyed how unpredictable this story was. I had no idea what to expect as things drew on – it felt as if any outcome was possible. The story had an eerie feel, which perfectly fit the setting, along with a constant state of suspense. I was eager to keep reading just to get the answers I was craving. I also felt completely crazy myself while reading from Charlotte’s perspective. I was questioning her thoughts and actions as if they were my own.

Unfortunately, I did have a few hang-ups I hate to have to share. I’ve come to enjoy chatting with Traci about this release and the things we have in common, but I don’t want my personal feelings to ever play a role in my credibility as a reviewer. I hope for my opinions to be constructive, rather than take away from the reading experience for others.

Overall, this story felt jumpy, as if it was lacking a clear direction. I can’t quite put my finger on what could have improved this aspect of the plot for me, but it simply felt as if something was missing. Maybe I needed a few more words or descriptions or something else entirely. I wish I could articulate exactly what I needed here. I also thought the plot of the story seemed incredibly far-fetched, which made it harder to believe in the struggles of the characters. This disconnect with Charlotte was exacerbated by her indecision and constant wavering in the direction she wanted to go. While I can clearly see this is one of her defining character traits, I couldn’t help but feel the same annoyance toward her as Jack did. I also struggled with how controlling the male characters were as well. Again, this is an important part of the story, but the defiant female in me wanted to see Charlotte raise some serious hell.

One more thing that I have to mention is probably a pointless inaccuracy to most readers but is something I cannot help but notice while reading any book. The main character mentions receiving a direct message from a boy on Instagram. This would have been perfectly fine if this happened in Charlotte’s present time frame, but it happened when she would have been sixteen. Based on my math (Lord, help us all), she would have been sixteen in 2011, which was two years before Instagram introduced the DM feature. Admittedly, it’s a minor thing but it matters to my nerdy side.

On the whole, this book had rather impressive qualities, not only for a debut but for any novel. I appreciated Traci’s clear voice, the humor in the dialogue, and the fast-paced and suspenseful storyline. I will look forward to reading more by Traci in the future!

“This book captured me from the start! The Rules of Burken reveals the chilling secrets behind a childhood game, and I’ve never been more disturbed by what the human mind can do.”

The Rules of Burken, an all-new thriller packed with secrets, lies and a dangerous game from Traci Finlay, is available now!

Twenty-four-year-old Charlotte Stahl would do anything for her older brother, Ian. After all, he’d done everything for her growing up.

He played Burken with her—a hide-and-seek game they made up as kids.

He comforted her when their mom deserted them.

He raised her when their dad went to prison for murder.

To Charlotte, Ian is the only reason she’s still alive—he’s her rock. So when Ian asks her to play Burken in the isolated woods of Cadillac, Michigan, Charlotte feels she could use the nostalgia and agrees. Besides, they haven’t played this game since childhood. Burken—it’s the one thing that never changes …

…until Ian threatens to kill her in the middle of the game.

More than the rules have changed as Brother turns to Predator, Sister turns to Prey, and she’s navigating the forests of Northern Michigan on foot with nothing but the clothes—and a target—on her back.

If Charlotte wants to stay alive, she knows she has to untangle the web of her haunting past to find out where things went wrong, and at what point she lost sight of reality. With no other choice but to reopen old wounds—and with Ian hot on her trail—Charlotte learns that sometimes evil has to manifest in order for good to succeed. Which makes her wonder…

Is Ian really a monster? Or her savior? 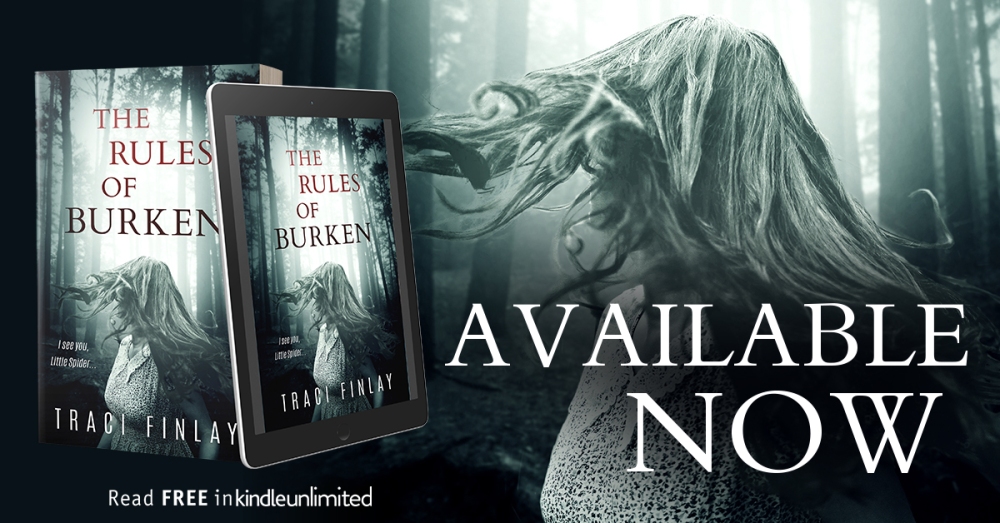 Download your copy today or read FREE in Kindle Unlimited!

“Nope, the game’s not over,” he says and suddenly releases my hands before standing.

“It’s not over,” he repeats harshly, like I’m not the co-creator of this game.

I sit up on my elbows and pull a twig from the pesky strand of hair that’s cupping my face again. “What do you mean? Of course it’s over, that was the third round. Have you forgotten how to—”

He reaches down and grasps my upper arm, heaving me up. “Listen very carefully,” he whispers, as if the trees might be listening. “I’m giving you one more chance. I’m even going to give you a head start. But I’m warning you.” His grip on my arm tightens, and he pulls me closer until his breath hits my ear. “Don’t let me catch you. Because if I catch you, I will kill you.”

Okay, that was never in the script.

“And, for the record, if I get back to the house and you’re there, I will murder you. Do you understand?”

I finally look at him, scanning his eyes for a twinkle, any sign that this is just a huge prank and at any moment he’ll burst out laughing, pointing and saying stupid things like, “You should’ve seen your face!” or, “You thought I was serious?” But his eyes dart back and forth between mine with threats I haven’t seen since we were at the barn with Trevor during The Night That Never Happened.

I mean, I’ve never seen his eyes like that.

He digs his nails into my arm. “Do you?”

I absolutely have to break eye contact. “I—I’m really confused.”

His hand goes to my throat, and his fingers slide in the blood he’d dripped on it. But it doesn’t hinder him from pressing against my jugular, my windpipe, and now I’m officially and rightfully scared, and eye contact, it is.

“I said, do you understand?” he says a lot more calmly than his hand at my throat says.

“Good. Now listen carefully. I’m going to let you go. And you have ten seconds before I hunt you down. This is round four, got it? This is a bonus round, wherein the loser dies. And don’t—”his voice lowers to a diabolic decibel. “Don’t let me find you at the house.” At that, he releases me.

I should’ve just eaten my orange. Shouldn’t have done this.

I should feel indifferent. Every milestone in my life has been haunted by some form of loss and betrayal—if it wasn’t our mom leaving, then it was the death of my best friend and the incarceration of our father.

But this is Ian, the only person I have left. This is shock in its purest form, and I’m no longer tempted to laugh at him. I stare instead. I blink twice. Take a step backward. Another.

Then I’m gone. I don’t know where I’m going, but as those ten seconds dwindle down, a sinking awareness that Ian is dead serious swarms like a nest of bees in my gut.

Ian is chasing me now, I know it.

I knew I shouldn’t have played.

Traci Finlay grew up in the Midwest and transplanted to Florida for college. She received a bachelor’s degree in Communication Arts with a minor in English, met and married the love of her life and moved to Miami, where she currently lives with her husband, two sons, and two smart-mouthed dogs.

Growing up, she loved reading books, but had a particular passion for mysteries. Throughout her adulthood, she’s taken many writing courses and written three psychological thrillers she plans to publish soon.