This is the story of three best friends: one who was murdered, one who went to prison, and one who’s been searching for the truth all these years . . .

When she was sixteen years old, Angela Wong—one of the most popular girls in school—disappeared without a trace. Nobody ever suspected that her best friend, Georgina Shaw, now an executive and rising star at her Seattle pharmaceutical company, was involved in any way. Certainly not Kaiser Brody, who was close with both girls back in high school.

But fourteen years later, Angela Wong’s remains are discovered in the woods near Geo’s childhood home. And Kaiser—now a detective with Seattle PD—finally learns the truth: Angela was a victim of Calvin James. The same Calvin James who murdered at least three other women.

To the authorities, Calvin is a serial killer. But to Geo, he’s something else entirely. Back in high school, Calvin was Geo’s first love. Turbulent and often volatile, their relationship bordered on obsession from the moment they met right up until the night Angela was killed.

While everyone thinks they finally know the truth, there are dark secrets buried deep. And what happened that fateful night is more complex and more chilling than anyone really knows. Now the obsessive past catches up with the deadly present when new bodies begin to turn up, killed in the exact same manner as Angela Wong.

Holy wow, this book was a wild ride. I’ve never before read a novel partly set in a women’s prison prior to this book and I’m kind of upset it hasn’t happened before! It made for a really interesting reading experience.

In the first 30% of the book, I was slightly concerned about the direction of the story. When the perspective shifted from Geo to Kaiser, I became a little bored and even considered putting the book aside. Let me say, I am insanely grateful I did not give up on this one. When things finally picked back up in the second half of the story, I could not turn the pages fast enough. I didn’t have a clue in predicting where the plot was going, which is one of my favorite things about reading Thrillers. I want to be shocked…and shocked I was.

In some ways, I feel a little demented and sick for enjoying such a graphic and detailed novel. There are instances of rape and decapitation, but I couldn’t get enough of being immersed in Geo’s mind to stop reading. It felt as if every emotion related to these events was analyzed from a deeply human perspective. It made these moments, while horrible and disgusting…somehow understandable. I like how Jennifer Hillier took events many would consider black and white and doused them in color – bright RED. I think more than any other book, Jar of Hearts explores the good and evil every person has inside of them, allowing readers to realize we are all pieces of work.

My only complaint is due to the organization of the story. I wish the flashbacks to the past had been done a little differently to make them more clear cut. Sometimes the character in the present would suddenly be in a reflective trance, imagining events from the past. Other times, the chapter would begin in the past setting and later bring us up to the present. It was a little confusing and could have been done better. Luckily, these reflections added to the story and moved the plot forward or they would have been a huge distraction from the story.

Many readers complained about the ending feeling a bit rushed, and while I can see that perspective, I was happy with how everything was wrapped up. All of my questions were answered, leaving me satisfied, but still pondering the insanity I just experienced. This book was unlike anything I’d ever read before, high praise coming from an avid reader of multiple genres. Four stars! 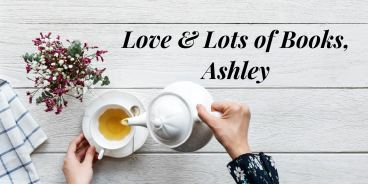