Many thanks to Howard Books/Simon and Schuster for the chance to read and review this novel! 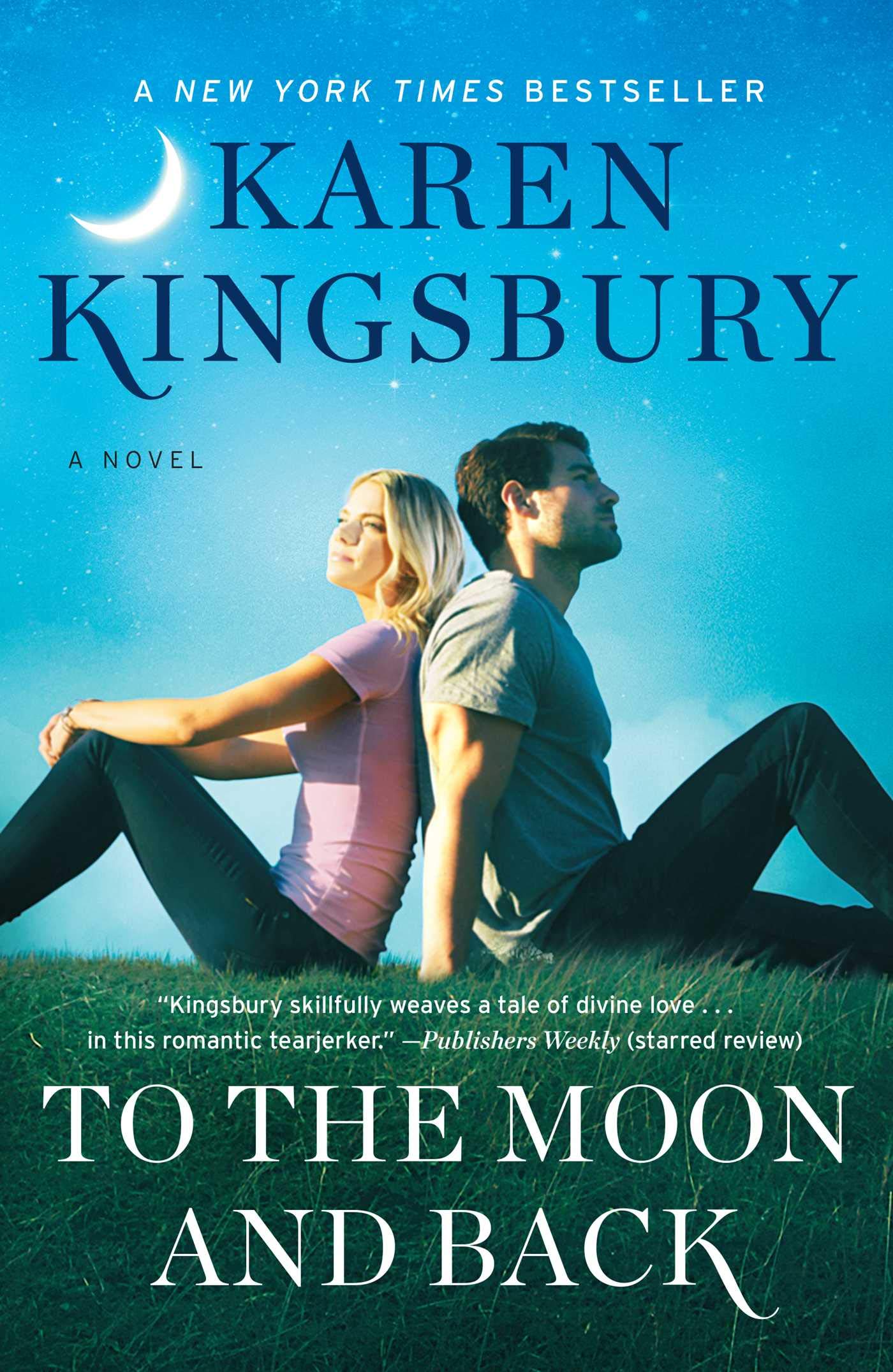 I was absolutely delighted when Simon and Schuster contacted me about Karen Kingsbury’s upcoming release To the Moon and Back, part three in her much-loved Baxter series. Even before I was an avid reader I heard nothing but praise about Kingsbury’s writing. She is a family favorite and go-to author for my mother-in-law.

Though this is the third book in this particular Baxter Family collection, it can be read perfectly as a standalone and is a great place to get started with the series or with Karen Kingsbury books in general! To the Moon and Back was a special read for me because I happen to be the same age as a couple of the main characters.

Brady Bradshaw and Jenna Phillips were five years old when the Oklahoma City Bombing took their parents’ lives. Every year Brady visits the memorial, unable to move on from the heartbreak of losing his sole caregiver – his mom. On one anniversary, a chance encounter at the memorial brings Brady and Jenna together for a full day of remembrance and shared heartbreak. After exchanging numbers, the pair plans to see each other again after they both felt their unmistakable connection. Unfortunately, a set of circumstances keeps that from ever happening. Though they both fondly remember the day and the connection they shared, they no longer have the means to get in touch.

A decade later, Ashley Baxter Blake, her sister, and their children venture to Oklahoma City for Spring Break to pay their respects on the anniversary of the bombing. When Ashley happens upon Brady, a perfect stranger, she can’t help but be drawn to his haunted expression. She feels compelled to find a way to help this young man, no matter how crazy everyone thinks she may be.

Like Brady and Jenna, I was five years old at the time of the Oklahoma City Bombing. It was the first American tragedy in my lifetime I remember vividly. I remember watching days of news coverage with my mom, asking questions, and wondering how and why something like this could happen. Then I remember hearing children like myself were inside and some had died. It was terrifying to imagine.

Karen Kingsbury brought these characters to life in the most realistic sense. I could truly envision the heartbreak and brokenness that comes with such tragedy. Though some characters had been through more difficulty than others, the prospect of redemption made this an exciting and encouraging read. I loved the chance to equally explore each character’s past and present, making me anxious for every page and new perspective. Though the story is told from three characters’ point of view, it was never a challenge to follow. The only negative for me was the abundance of characters in certain scenes, making it slightly difficult to keep up with who was who. This was the only point I thought it would have been helpful if I had read the other books in the series because I would have known the backstory behind each character’s name.

Overall, this was an interesting and heartwarming read, keeping me interested from beginning to end. I enjoyed Ashley’s influence in the story, and not just because we share a name. She acted as a kind of “middle-man” helping to make a love connection happen. I have been known to feel compelled to do things for strangers in a similar fashion, making me especially enjoy her perspective, as “out-there” as it sometimes seemed.

I’m looking forward to catching up on more of Karen Kingsbury’s books and possibly the TV series, which will be coming soon to Lightworkers.com. If you’re looking for a clean, inspirational Romantic read, To the Moon and Back is one to keep in mind.