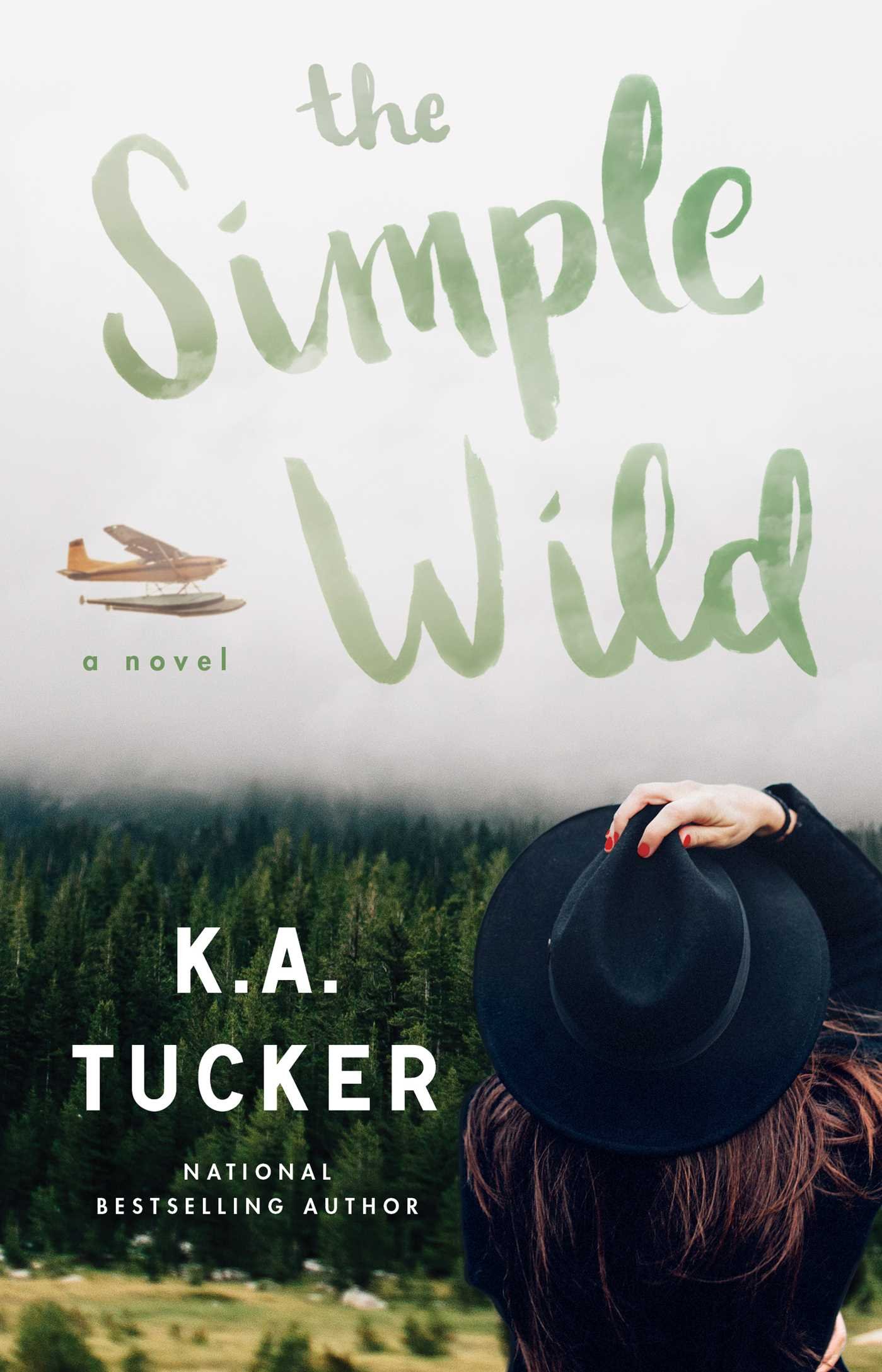 I think the Texas heat has made my obsession with Alaska come to a head this summer. I have been religiously watching Alaska State Troopers and have been eager to read or watch anything Alaskan-related lately. Thanks to Atria Publishing, my obsession was able to continue when I received the ARC of The Simple Wild by K.A. Tucker through Netgalley. This book has been one of my most anticipated reads for the year and did not disappoint.

Though this story neatly fits into the Contemporary Romance category, it is so much more! Calla Fletcher, though born in the rugged state of Alaska, grew up as a Toronto city-girl. When her mother couldn’t tough out the harsh life Alaska is known for, despite the love she felt for Wren Fletcher, she fled back to the life she knew with their daughter Calla in tow, resulting in Calla’s extended estrangement from her father. Out of the blue more than twenty years later, Calla receives a phone call informing her of her father’s cancer. Out of curiosity more than anything, the city gal decides to take her chances in the wild world of Alaska, hoping to reconnect with her father. However, when she gets there, she meets setback after setback, the majority being at the hands of the callous Jonah. The bush pilot who happens to be Wren Fletcher’s right-hand man… and the man Calla loves to hate.

The writing grabbed my attention from the get-go and I was eager to see how things would go for Calla when she made it to Alaska. If anyone has ever seemed unfit for the landscape, it was her! There was not a rugged bone in her body, despite her Alaskan birthright. When she made it to her destination, I couldn’t help but feel annoyed with her bratty attitude about the state. At one point, I was so fed up with her rude statements that seemed to make fun of Alaskans, I was sure I wouldn’t like the book if she continued on in the same way. Thankfully, my eagerness to see how Jonah would challenge the “Barbie” made me stick with the story. Jonah was set on making Calla’s time in Alaska a living hell, and he certainly met the challenge. He was a complete jerk from the start!

As the story went on, Calla and Jonah showed immense growth and made me love them in their own unique ways. K.A. Tucker does a phenomenal job of making these characters feel like living, breathing humans. I have never experienced such a dramatic shift in my opinions about characters in a book before. I liked Calla, didn’t like her, then loved her. I disliked Jonah, then end up loving him more than almost any male character I’ve read before. He is topping my list of book boyfriends, right behind Jamie Fraser, y’all! My favorite thing about Jonah was what I hated about him in the beginning, much like Calla did herself – his wonky sense of humor. I also loved that an author finally wrote a manly-man into existence. Jonah is absolutely my type of guy, but these men are so rarely written, in exchange for the suits, the billionaires, the tattooed, or the rockstars. This “sky cowboy” was everything I didn’t know I needed in a male lead with his hardworking attributes and rough around the edges exterior.

I’m still shocked about my shift in opinion about this story and decided to bump it up from four stars to five for this amazing enemies-to-lovers tale with so much heart, fun, and growth. I teared up at the end, felt all the things I hoped I would, and could imagine I was a part of the story myself. I couldn’t ask for more from a book! In fact, I loved The Simple Wild so much, I know I will revisit it again in the future for a re-read. I didn’t want to let these characters go, and I’m sure you won’t either.