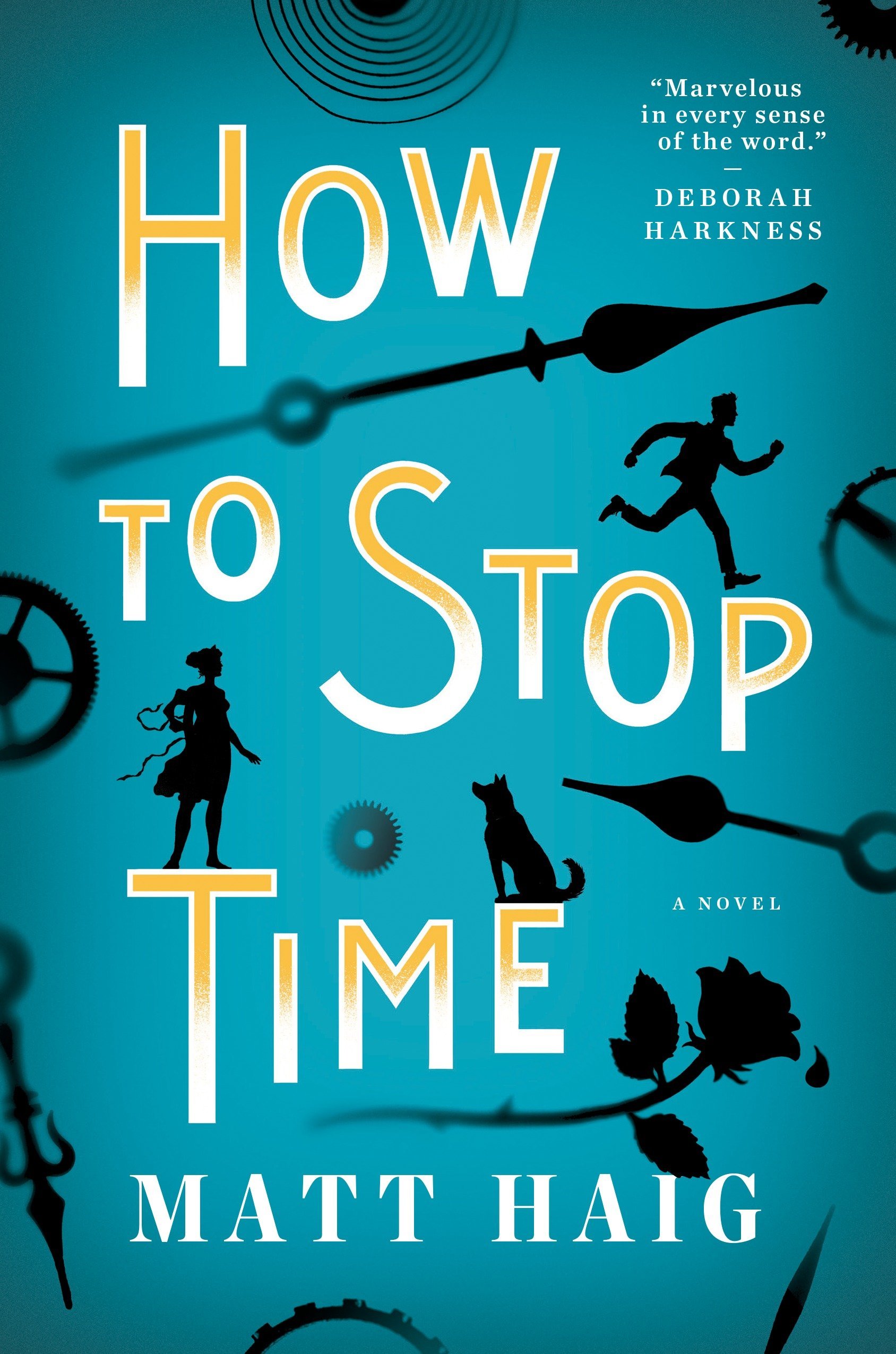 How to Stop Time was one of my most anticipated reads of 2018, and like most highly anticipated books, I was slightly let down after building my own hype around this novel. The Curious Case of Benjamin Button is my favorite movie (the short story by F. Scott Fitzgerald is also quite good, though I wish it was longer and more elaborate) and I’m always eager to find books or movies in the similar vein of that story. In some ways, it really seemed as if Matt Haig took a leaf or two from Fitzgerald’s book, especially with the mentions of Fitzgerald himself in the story. Time is fascinating to me in all aspects, whether it be time travel, immortality, aging backward, or like in this book: aging slower than all other humans (or mayflies).

“The first rule is that you don’t fall in love, ‘ he said… ‘There are other rules too, but that is the main one. No falling in love. No staying in love. No daydreaming of love. If you stick to this you will just about be okay.’”

A love story across the ages – and for the ages – about a man lost in time, the woman who could save him, and the lifetimes it can take to learn how to live

Tom Hazard has a dangerous secret. He may look like an ordinary 41-year-old, but owing to a rare condition, he’s been alive for centuries. Tom has lived history–performing with Shakespeare, exploring the high seas with Captain Cook, and sharing cocktails with Fitzgerald. Now, he just wants an ordinary life.

So Tom moves back to London, his old home, to become a high school history teacher–the perfect job for someone who has witnessed the city’s history first hand. Better yet, a captivating French teacher at his school seems fascinated by him. But the Albatross Society, the secretive group which protects people like Tom, has one rule: never fall in love. As painful memories of his past and the erratic behavior of the Society’s watchful leader threaten to derail his new life and romance, the one thing he can’t have just happens to be the one thing that might save him. Tom will have to decide once and for all whether to remain stuck in the past, or finally begin living in the present.

How to Stop Time is a bighearted, wildly original novel about losing and finding yourself, the inevitability of change, and how with enough time to learn, we just might find happiness.

This story started out fulfilling my every hope and expectation, with beautiful sentences full of immense wisdom and meaning. However, as things moved forward, I found the story beginning to lag. The issue for me was the alternation between the past and present. I normally would love this part, but I found the chapters to be too choppy. Also, the past perspectives were not written chronologically, which did not allow the story to be as smooth or immersive as it should have been. This felt like a huge injustice and I deeply wish the editor of this book would have encouraged the author to rework things to help the book flow better.

“All you can do with the past is carry it around, feeling its weight slowly increase, praying it never crushes you completely.”

In a story like this one, a reader might expect to be completely drowned in emotion, considering the main character’s exaggerated lifespan, while those around him continue to age normally. Unfortunately, this felt like another missed opportunity by the author. Of course, there was the traditional emotion written down, but I didn’t feel it and experience it in the way I should have as a reader. As a rule, Tom, the main character, is not allowed to fall in love. Since this is mentioned in the blurb, I expected this to be an overarching theme in the book. Instead, it seemed as if this was a telling of a life that had already happened, rather than the effect the past had on the present and a man’s quest to break the rules of his peculiar society.

Overall, this was a creative book, decently entertaining and full of great quotes and bits of wisdom for everyday living, but I may have expected too much. For that reason, I give How to Stop Time 3.5 stars. I enjoyed the London setting, the moments where the author was able to piece the past and present together into one moment, and the additions of famous people throughout history. I just wanted more!!! 🙂