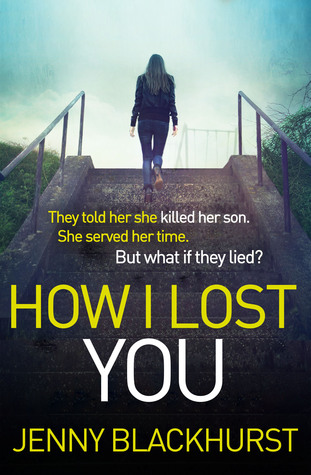 Thank you to Atria/Emily Bestler books and Netgalley for the chance to review this exciting novel.

Let me just say, it’s a good thing I didn’t have a paperback copy of this book because I wouldn’t have been able to turn the pages fast enough.

Books like How I Lost You are the reason I love reading. It brought back all of my nostalgic feelings of enjoying books way past my bedtime as a child. I haven’t been this enraptured with a story in years.

There’s just something about a book with a case of amnesia or blank spots in memories that draws me in. I love the guessing games. I love the unreliable narrators. I love not knowing.

After having read so many books, I feel a bit jaded in some ways. I find that I’m harder to impress with the books I’m reading. I can usually guess what will happen in the plot within the first five chapters almost with one hundred percent accuracy. It’s not a good thing. But How I Lost You was a whole other story entirely. I didn’t have the slightest inkling what was coming. I didn’t know who was a culprit, I didn’t know anything, and I was so very happy in my ignorance!

Let me back up and give you book lovers a brief synopsis of How I Lost You by Jenny Blackhurst. Emma Cartwright, formally Susan Webster, has just been released from her sentence in a psychiatric hospital for the murder of her twelve week old son. She is given a new identity and sent into the world to rebuild her shattered life. When she checks her post one day, she finds a photo of a young boy with the name Dylan written on the back. The name of her dead son. Susan begins to question herself, her doctors, and her former life. Could her postpartum depression really have driven her off the deep end? She remembers her unfailing love for her son, but she doesn’t recall his death or many of the details surrounding it. With the determination only a mother could have, Susan sets out to unravel the mystery.

This novel is so deeply plotted, I had to wonder if Jenny Blackhurst wrote it backwards while erasing little details from the story as she worked, to make it the compelling conundrum it is. As we meet the characters in Susan’s life and surroundings, I felt myself being led to distrust everyone, whether they ended up being involved or not. It was like an old school game of Clue, attempting to guess who was on Susan’s side. One of the best things about this book was the lack of any lulls within the story, especially the entire last half. With droopy eyes, I was determined to stay up much past midnight to finish, even if it meant I was the definition of a #mombie the next day. I had to know if Susan was as crazy as she was made to seem or simply a victim the life ruining circumstances of other people’s actions.

The only, and very minor downfall of the story in my eyes were bits of the revelations in the conclusion. For that reason, I knocked one star off my rating for a final total of four well-deserved stars. I was scratching my head at a couple of things that seemed slightly far-fetched or out of the realm of where the story had previously gone. I was surprised by some of the details and it took a bit more of a darker turn that I had expected. Regardless, I loved the ride I was taken on!

As a mother, I have found many mysteries with children at the center of the plot difficult to read. This wasn’t a novel that struck too many nerves for me, fortunately. Of course, losing a child would be devastating, more than words could ever say, but I felt as if the author presented this story in a way that distracted me from the loss of the child in some ways and pointed me towards Susan’s task at hand. If mothers are worried this story might be too much for their tastes, I would urge you to give it a try anyway. I think the plot was handled with the utmost care and will not present triggers for readers’ maternal sides.